The free promotion of Ghost Stories and How to Write Them ended yesterday. For the statistic-loving nerds among you, here’s how it fared. Overall I gave away 421 copies of the book, across 4 continents (don’t you just love the global reach of Amazon?)

I made a little pie chart showing the split: 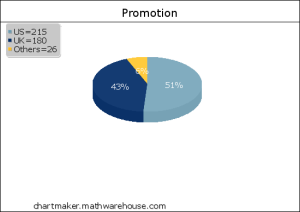 You can see that more Americans downloaded the book than Brits. The ‘Others section’ is made up of:

On the UK site, the book quickly went to #1 in the Reference – Writing (free) chart and stayed there for the entire 5-day promotion which was very pleasing. It also got to #3 in the Anthologies (free) chart, and stayed in the top 5. On the US site, it got into the free charts on day 1 of the promotion but then fell out again. I’d have liked it to get into the top 100 overall free books, but the highest it made was about 300.

Here’s another chart showing my overall paid sales of both How To books for comparison: 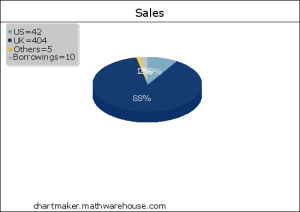 The ‘Others’ here is made up of Canada 3, Germany 1, France 1. The ‘borrowings’ are to Amazon Prime customers. You get a percentage of the Amazon Prime pot for these, but because my books’ selling price is so cheap, I get as much for a borrowing as I do for a sale.

As I put in my last post, I was hoping the promotion would lead to more reviews and perhaps more sales of my other book, Short Stories and How to Write Them. Did this happen? Well, I got one more review of Ghost Stories during the course of the promotion, and of course, I need to allow time for those people who got it for nothing to read it.

What conclusions can we draw from all this? Well it’s pretty clear the Americans like a freebie, isn’t it? 😀

I could probably have worked harder to promote the promotion. Apart from a few Facebook updates and a post on each of my blogs, I didn’t do a lot. Some kind friends tweeted about it and shared Facebook links. But I didn’t want to spend 5 days running around the internet looking for places to spout on about my freebie, so I did a bit and left it at that.

Would I do another free promotion? Well, yes, probably. At some point I might put Short Stories and How to Write Them down to nothing for a day or two. (But if you were thinking of buying it, please go ahead because I have no plans for free promotions at the moment and it would be next year at the earliest!)

book, how to, short stories, Writing 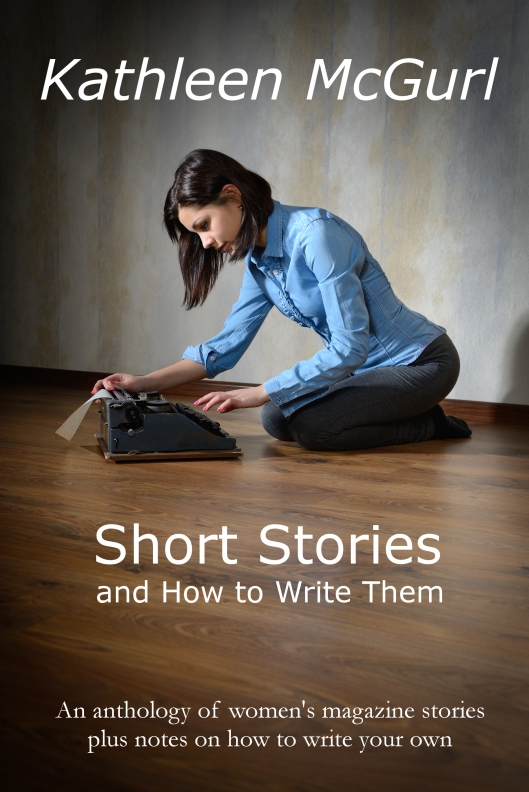 I’m delighted to announce publication of my second book, Short Stories and How to Write Them. Now available from Amazon as a Kindle ebook.

It’s part anthology and part How To, containing 14 of my stories plus discussion on various aspects of short story writing, including dialogue, story structure, characterisation, making time to write and many more topics.

Click on the image for a link to the book at Amazon.co.uk.

Posted by kathmcgurl | Filed under Books