audiobooks, Daughters of Red Hill Hall, Emerald Comb, Pearl Locket, The Forgotten Secret, The Girl from Ballymor, The Secret of the Chateau, The Stationmasters Daughter

After an exciting couple of months watching how The Secret of the Château was doing on various Amazon deals in the US and then UK, this month it’s the turn of The Girl from Ballymor that is now selling at just 99p on Amazon UK.  It’s still my favourite of my novels, so I hope it does well.

Later this month, on the 27th, all my older books will be released as audiobooks. There will be five coming out on the same day, which is really exciting! That will mean all my books are available in all formats. I’ll soon be recording some promotional video clips about the inspiration behind The Emerald Comb, The Pearl Locket, The Daughters of Red Hill Hall, The Girl from Ballymor and The Stationmaster’s Daughter, to celebrate these audiobook publications.

Also this month, I’ll be announcing news of my next novel – the tenth. I can’t wait to share this with everyone! Novel Eleven is also written and with beta readers for a few comments before I send it to my editor. And ideas for more are brewing, of course.

I hope everyone’s found plenty of time to read over recent months. I have – along with writing. And house clearing. We’ve been talking about moving for a couple of years, and are finally taking some steps towards doing it. Which means the loft and the garage that we’ve been ignoring for years all need sorting. Funnily, book eleven starts with a character clearing her attic. She gets on with it a lot faster than I have managed to.

Munster, The Drowned Village, The Girl from Ballymor

Those with keen eyes who’ve read all my books might have noticed they usually contain a little throwaway reference to Munster rugby club. You might have wondered why. I’m pretty sure my editor just rolls her eyes when she comes across them, but lets them go anyway.

The reason why is quite simple. I need my husband to read the book, usually in its first draft so he can provide some early honest feedback. He’s a huge fan of Munster, so the reference to the club is just a little carrot to dangle before him and get him into reading it.

Munster, for those who aren’t sure, is one of the four provinces of Ireland (the others are Leinster, Ulster and Connaught). It’s the south-west corner, and contains my favourite county, Cork (along with Kerry, Clare, Limerick, Tipperary and Waterford). Munster rugby club are one of the best in Europe, and way back in 1978 managed to beat the mighty All-Blacks.  They were a team of amateurs then, but somehow their passion and pride allowed them to achieve the unthinkable. It’s said that although the stadium at the time held only 12,000 people, somewhere around 250,000 claim to have been at the match.

With husband and son at Thomond Park before the match

It was easy including a Munster reference in The Girl from Ballymor – the Munster fans often sing ‘The Fields of Athenry’ at matches. It’s actually a song about the famine, so an odd choice of song for a sporting club, but there you go. We visited Limerick, where Munster’s home ground of Thomond Park is, while I was writing The Girl from Ballymor. And we were back again for another match just over a week ago at the end of our most recent trip to Ireland.

With just 10 days to go now until The Drowned Village is published, I wonder if you’ll spot the Munster reference in that book! Post a reply here when you do.

I’ve just returned from a lovely relaxing two week holiday in the Loire valley in France, in our motorhome. The days were spent cycling beautiful lanes between fields of wheat and vines, swimming in lakes or rivers, sitting drinking wine in the campsites.

Oh, and I also managed to get a lot of writing done! Somehow, possibly due to the laptop not being connected to the internet, I managed to get an average 1000 words a day written, which is more than I do at home.

And a complete idea for a new novel, set in France and featuring a chateau, arrived. Hurray!

I’m back at the day job tomorrow. And back to the Irish independence novel from today – it needs editing and returning to my editor in about a month so I need to crack on.

In other news, The Girl from Ballymor is on an Amazon Kindle promotion in the UK, and selling at just 99p. Hurry while stocks last, as they say! I’ve just received a lovely message from a reader about this book. It does seem to strike a chord with many people of Irish descent throughout the world. Hope the independence novel does as well! 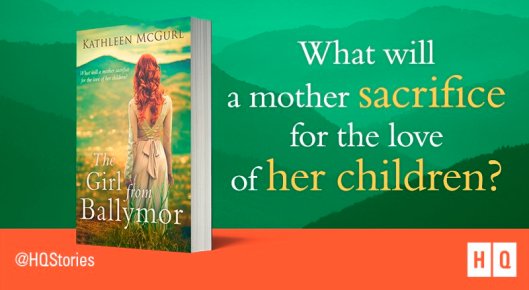 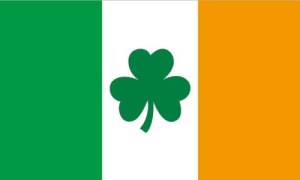 To all those of Irish descent, and everyone else, have a wonderful St Patrick’s Day! If Ireland beat England in the Six Nations rugby this afternoon, thereby winning the Grand Slam, it’ll certainly be a joyous occasion in this house. My husband is a committed fan of Irish rugby. (If you read my books carefully you might spot references to Munster Rugby club in them – it’s the only way I can persuade him to read them.) 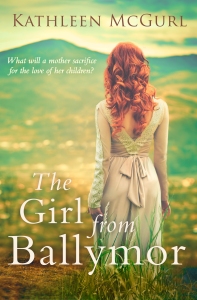 My Irish book, The Girl from Ballymor, is currently just 99p for the ebook – what better way to celebrate St Patrick’s Day, especially given the awful weather forecast for the weekend, than curling up with a good read?

And if you’ve already read it, thank you! I’d appreciate a brief Amazon review, as those really do help sell books.

Whatever you’re doing today, have a good one, and Slainté!

Way back in September, while I was away travelling in our motorhome, I recorded a radio interview with Talk Radio Europe, to promote The Girl from Ballymor. They’ve only just broadcast it, and for the next few days you can listen to it on the link below. Choose 15th November, time slot 19:00-20:00. My bit starts at 38 minutes, 40 seconds in.

It was an odd experience – I was in the motorhome somewhere in Portugal, with all the doors and windows closed despite the heat to keep background noise to a minimum, speaking on my mobile phone. A tractor kept driving back and forth through the campsite, but thankfully the interviewer, Hannah, confirmed she couldn’t hear it. I’d locked my husband outside – didn’t even want to LOOK at him while the interview was ongoing!

If I sound nervous it’s because I was, although Hannah put me at my ease and let me waffle on. I’d had some great advice from writer friends on Facebook about smiling as I spoke (comes through in your voice), trying to speak slower than normal, and standing up rather than sitting down. Actually I paced back and forth in the small space in the middle of the van!