audiobooks, Daughters of Red Hill Hall, Emerald Comb, Pearl Locket, The Forgotten Secret, The Girl from Ballymor, The Secret of the Chateau, The Stationmasters Daughter

After an exciting couple of months watching how The Secret of the Château was doing on various Amazon deals in the US and then UK, this month it’s the turn of The Girl from Ballymor that is now selling at just 99p on Amazon UK.  It’s still my favourite of my novels, so I hope it does well.

Later this month, on the 27th, all my older books will be released as audiobooks. There will be five coming out on the same day, which is really exciting! That will mean all my books are available in all formats. I’ll soon be recording some promotional video clips about the inspiration behind The Emerald Comb, The Pearl Locket, The Daughters of Red Hill Hall, The Girl from Ballymor and The Stationmaster’s Daughter, to celebrate these audiobook publications.

Also this month, I’ll be announcing news of my next novel – the tenth. I can’t wait to share this with everyone! Novel Eleven is also written and with beta readers for a few comments before I send it to my editor. And ideas for more are brewing, of course.

I hope everyone’s found plenty of time to read over recent months. I have – along with writing. And house clearing. We’ve been talking about moving for a couple of years, and are finally taking some steps towards doing it. Which means the loft and the garage that we’ve been ignoring for years all need sorting. Funnily, book eleven starts with a character clearing her attic. She gets on with it a lot faster than I have managed to.

Yesterday as part of the One More Chapter book club I was ‘live’ on Facebook along with editor Mel and author Adrienne Chinn. We were talking about our latest books. Adrienne’s is also dual timeline, like mine.

We had a lot of fun, and the video is available to watch on FB here.

Also – for the month of July – my latest novel The Secret of the Château is on promotion at just 99p for the ebook on Amazon UK! The paperback and audio versions of the book will be released later this month.

I handed a revised version of my 10th novel to my editor last week – hope to soon bring you news of its title, cover, blurb etc – I love announcing new books!

And today I’m going back to my 11th novel. I have written a very rough first draft, and now I need to turn it into something readable! 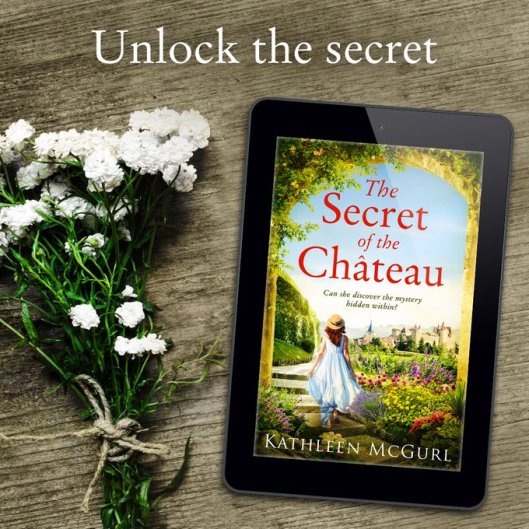 podcast, Promotion, The Forgotten Secret, The Secret of the Chateau

A few weeks ago I was interviewed by the lovely Jenny Wheeler for a podcast – that is a first time for me. She’s now posted it up on her website, The Joys of Binge Reading, and you can listen to it here.

Jenny’s is a fabulous website and she’s interviewed loads of writers. Do go and take a look around and perhaps listen to some of them!

(PS I hate the sound of my recorded voice, but I suppose that’s true for many of us!)

Also – for all readers in the US – please note The Secret of the Château is currently on sale at just 99c from Amazon for the month of June. Bargain!

Emerald Comb, Pearl Locket, The Secret of the Chateau

Today the blog tour for The Secret of the Château begins, brilliantly organised by Rachel. I’ll be adding links to every review on the book’s page. Can’t wait to find out what people think of this book – please do go and check out some of the reviews. Book bloggers do such a great job promoting books – I really appreciate it.

In other news, today is also publication day for the paperbacks of The Pearl Locket and The Emerald Comb. It’s so lovely to have these two available in hard copy. They were my first book contract, and I was asked many times by readers if they were ever going to be published as paperbacks, and always had to reply that it was up to my publisher.  I was delighted when they told me that they’d chosen these to go into paperback.

Not only that, but later this year all my older books will be published in audio format! It is all happening.

Emerald Comb, Pearl Locket, The Secret of the Chateau

Or was April actually about six months long? It was shorter than March, anyway (or felt like it).

I have news this month – on 15th May my latest book, The Secret of the Château, will be released in ebook format. I’m really looking forward to seeing what people think of this one! It’s set mostly in France, as the title implies, and the historical parts are set during the French revolution. Had to do plenty of research for this one! 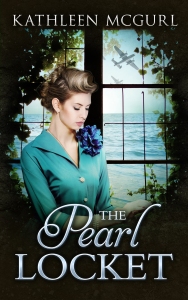 Also being released on 14th May are the paperbacks for my first two dual timeline novels – The Emerald Comb and The Pearl Locket. I have been asked so many times whether these will ever be available as paperbacks so it is very pleasing that they soon will be.

In other news, I recently signed a contract for audio versions of all my books that aren’t already in this format! The Secret of the Château comes out in July along with the paperback, and the others (the older books, plus The Stationmaster’s Daughter) probably around August. I’m delighted that all my HQ novels will be available in all formats.

The Secret of the Chateau

I’m delighted to be able to share with you the cover and blurb for my next book, entitled The Secret of the Château! It’s to be published as an ebook on 14th May and as a paperback on 23rd July. There’ll be a blog tour around the time it’s published – details to be announced later. I do love this cover!

Everything is about to change…

1789. Pierre and Catherine Aubert, the Comte and Comtesse de Verais, have fled the palace of Versailles for their château, deep in the French Alps. But as revolution spreads through the country, even hidden away the Auberts will not be safe forever. Soon they must make a terrible decision in order to protect themselves, and their children, from harm.

Present day. When Lu’s mother dies leaving her heartbroken, the chance to move to a château in the south of France with her husband and best friends seems an opportunity for a new beginning. But Lu can’t resist digging into their new home’s history, and when she stumbles across the unexplained disappearance of Catherine Aubert, the château begins to reveal its secrets – and a mystery unsolved for centuries is uncovered…